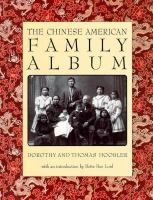 Description
The Chinese American Family Album is a scrapbook of family letters and diary entries, official documents, newspaper articles, and excerpts from literature of the past and present--a personal remembrance of an extended family of Chinese immigrants and their descendants. As we read, we begin to know this family almost as well as our own. The letters written by the new immigrants to the folks left behind in China allow us to feel the ache of leaving home and family behind. Clippings from newspapers and personal memories tell of the pain and fear and prejudice in the new country. We learn about the building of the transcontinental railroad and how Chinese immigrants were the backbone of the work force, tailing long hours under the worst conditions. We see Chinatowns spring up wherever the immigrants landed, and we see how the traditions and culture of China were both preserved and altered as the immigrants became Americanized. But we also share the joy of first sighting the new homeland. We follow families through the generations and see how they are living now and what they have brought to our country. We read about famous Chinese Americans who have risen to the top of their fields, such as athlete Michael Chang, author Amy Tan, musician Yo-Yo Ma, and Senator Hiram Fong. And we see wonderful faces--husbands alone in the new world, families reunited, new babies, grandparents. The unique, carefully researched photographs make the participants in the Chinese American experience real people who have an impact on our lives. Thomas and Dorothy Hoobler's The Chinese American Family Album makes the past experiences of these immigrants--and those of their sons and daughters in all the generations since--as real and immediate as the stories told by a favorite grandmother. They bring us in, like an embrace, to the all-encompassing, ever-growing, multicultural family of Americans. The titles in the American Family Albums series tell the multicolored and often heroic stories of American immigrant groups, largely through their own words and pictures. Like any family album or scrapbook, the pages contain many period photographs and other memorabilia. These join with original documents--including selections from diaries, letters, memoirs, and newspapers--to bring the immigrant experience vividly to life.
Also in This Series

Bibliography
Includes bibliographical references (p. 123) and index.
Description
Oral and written histories provide a look at the experienes of Chinese immigrants, relating stories about their homeland, the voyage and arrival to America, and the integration of each generation into this new society.
Similar Series From NoveList
Similar Titles From NoveList
Similar Authors From NoveList
Borrower Reviews
Editorial Reviews
Published Reviews
Reviews from GoodReads
Loading GoodReads Reviews.
Tagging
Tags:

Note! Citation formats are based on standards as of July 2010. Citations contain only title, author, edition, publisher, and year published. Citations should be used as a guideline and should be double checked for accuracy.
Staff View
Grouped Work ID:
21450a82-f24a-10eb-0c74-a3395afecc94
Go To GroupedWorkView in Staff Client