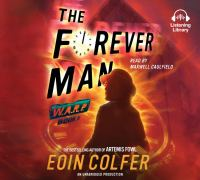 Description
Riley, an orphan boy living in Victorian London, has achieved his dream of becoming a renowned magician, the Great Savano. He owes much of his success to Chevie, a seventeen-year-old FBI agent who traveled from the future in a time pod and helped him defeat his murderous master, Albert Garrick. But it is difficult for Riley to enjoy his new life, for he has always believed that Garrick will someday, somehow, return to seek vengeance.

Chevie has assured Riley that Garrick was sucked into a temporal wormhole, never to emerge. The full nature of the wormhole has never been understood, however, and just as a human body will reject an unsuitable transplant, the wormhole eventually spat him out. By the time Garrick makes it back to Victorian London, he has been planning his revenge on Riley for centuries. But even the best-laid plans can go awry, and when the three are tossed once more into the wormhole, they end up in a highly paranoid Puritan village where everything is turned upside down. Chevie is accused of being a witch, Garrick is lauded as the town's protector, and...is that a talking dog? Riley will need to rely on his reserve of magic tricks to save Chevie and destroy his former master once and for all.

General Note
Title from container.
General Note
Compact discs.
General Note
Duration: 9:30:00.
Participants/Performers
Read by Maxwell Caulfield.
Description
You can't outrun your own history...Still trapped in Victorian London, FBI agent Chevie Savano is determined to help her friend Riley find his long-lost brother. But the WARP wormhole has other ideas...Pulled two centuries into the past, Chevie and Riley find themselves in the village of Mandrake. Under siege from prowling monsters that have escaped from the wormhole, the village's only protector is the sinister Witchfinder - a man with a hidden past and deadly powers. With Chevie branded a witch and sentenced to be burned at the stake, can Riley thwart the Witchfinder's plans before he destroys them all?
Target Audience
9-12.
Similar Series From NoveList
Similar Titles From NoveList
Similar Authors From NoveList
Borrower Reviews
Editorial Reviews
Published Reviews
Reviews from GoodReads
Loading GoodReads Reviews.
Tagging
Tags:

Note! Citation formats are based on standards as of July 2010. Citations contain only title, author, edition, publisher, and year published. Citations should be used as a guideline and should be double checked for accuracy.
Staff View
Grouped Work ID:
b945ed05-8c33-7446-1040-cbe8f49bb2d1
Go To GroupedWorkView in Staff Client