Water for elephants a novel
(Playaway) 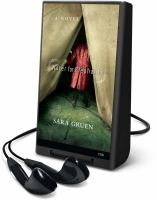 Description
Inside Jacob Jankowski's ninety-something-year-old mind dwell memories of himself as a young man, tossed by fate into the Benzini Brothers Most Spectacular Show on Earth. Memories of a world filled with freaks and clowns, with wonder and pain and anger and passion; a world with its own narrow, irrational rules, its own way of life, and its own way of death. The world of the circus: to Jacob it was both salvation and a living hell.Jacob was there because his luck had run out. It was the early part of the Great Depression, and everyone in this third-rate circus was lucky to have any job at all. Marlena, the star of the equestrian act, was there because she fell in love with the wrong man, a handsome circus boss with a wide mean streak. And Rosie the elephant was there because she was the great gray hope, the new act that was going to be the salvation of the circus; the only problem was, Rosie didn't have an act -- in fact, she couldn't even follow instructions. The bond that grew among this unlikely trio was one of love and trust, and ultimately, it was their only hope for survival.Sara Gruen is the author of the bestseller Riding Lessons and Flying Changes. She lives with her husband, her three children, four cats, two goats, two dogs, and a horse in an environmental community north of Chicago.
Also in This Series

Note! Citation formats are based on standards as of July 2010. Citations contain only title, author, edition, publisher, and year published. Citations should be used as a guideline and should be double checked for accuracy.
Staff View
Grouped Work ID:
aaed1b0c-95bc-6fc3-e3f5-58866afe74de
Go To GroupedWorkView in Staff Client