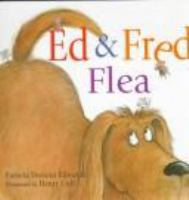 Description
This much-needed book -- the most comprehensive, up-to-date text available on nuclear physics -- expertly details the numerous theoretical techniques central to the discipline. It is based on lecture notes from a three-lecture series given at CEBAF (the Continuous Electron Beam AcceleratorFacility), where John Dirk Walecka was at the time Scientific Director: Graduate Quantum Mechanics, Advanced Quantum Mechanics and Field Theory, and Special Topics in Nuclear Physics. The primary goal of this text is pedagogical; providing a clear, logical, in-depth, and unifying treatment of manydiverse aspects of modern nuclear theory ranging from the non-relativistic many-body problem to the standard model of the strong, electromagnetic, and weak interactions. Four key topics are emphasized: basic nuclear structure, the relativistic nuclear many-body problem, strong-coupling QCD, andelectroweak interactions with nuclei. The text is designed to provide graduate students with a basic level of understanding of modern nuclear physics so that they in turn can explore the scientific frontiers. Written by an eminent authority in the field, it will be welcomed by graduate studentsand researchers alike.
Also in This Series

Note! Citation formats are based on standards as of July 2010. Citations contain only title, author, edition, publisher, and year published. Citations should be used as a guideline and should be double checked for accuracy.
Staff View
Grouped Work ID:
fb7e0a70-35f3-96af-19f9-52fe4e530e3c
Go To GroupedWorkView in Staff Client